AN IMPORTANT SCRAPBOOK OF ART AND MUSIC 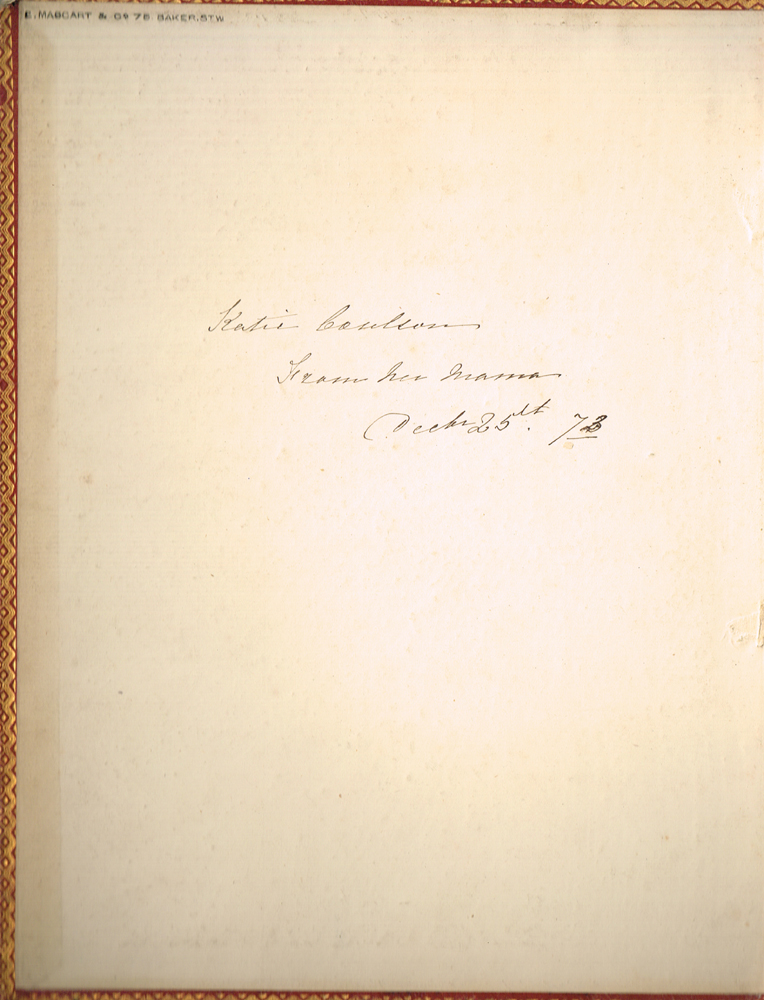 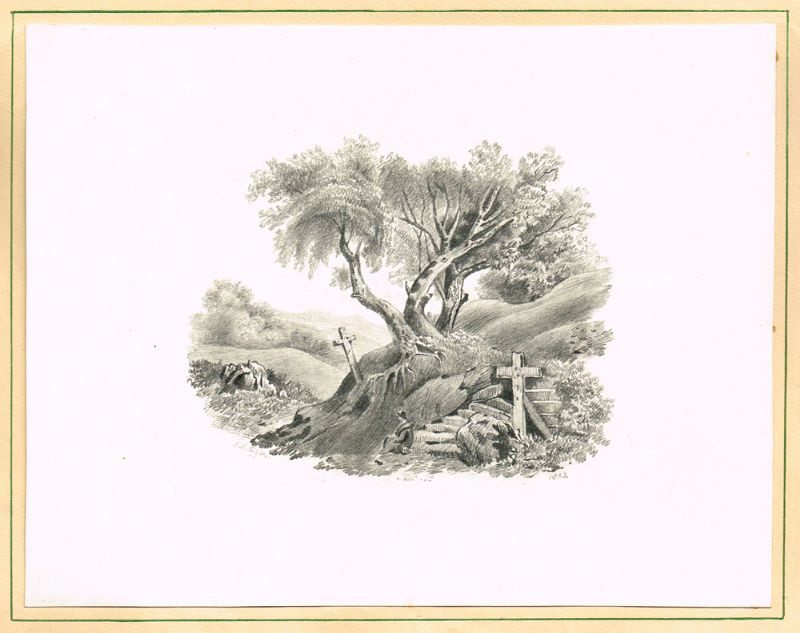 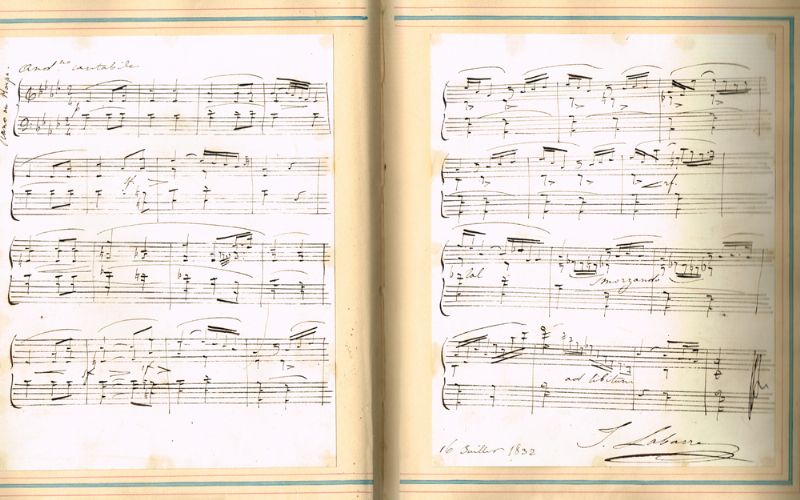 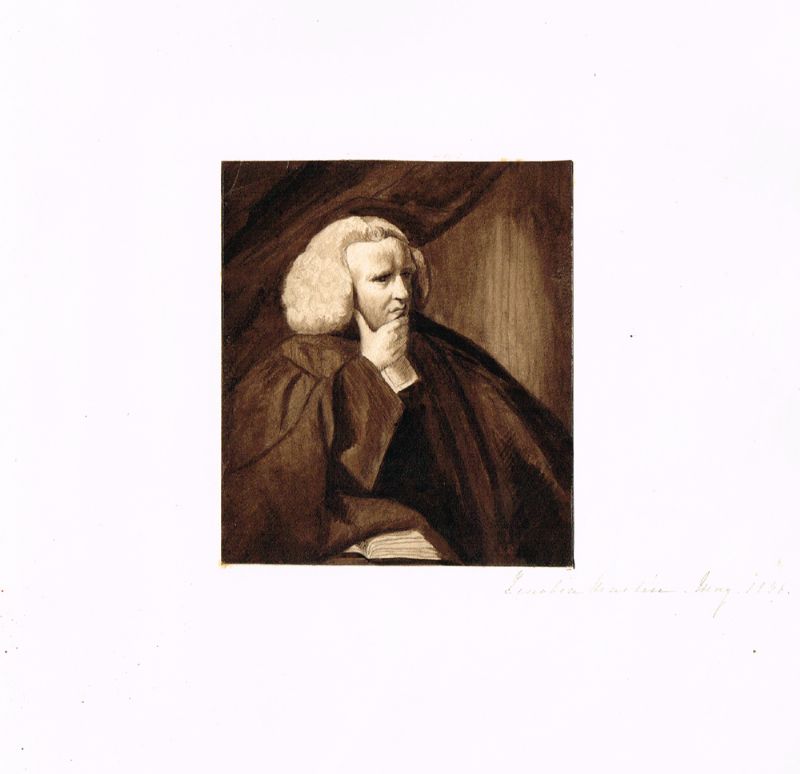 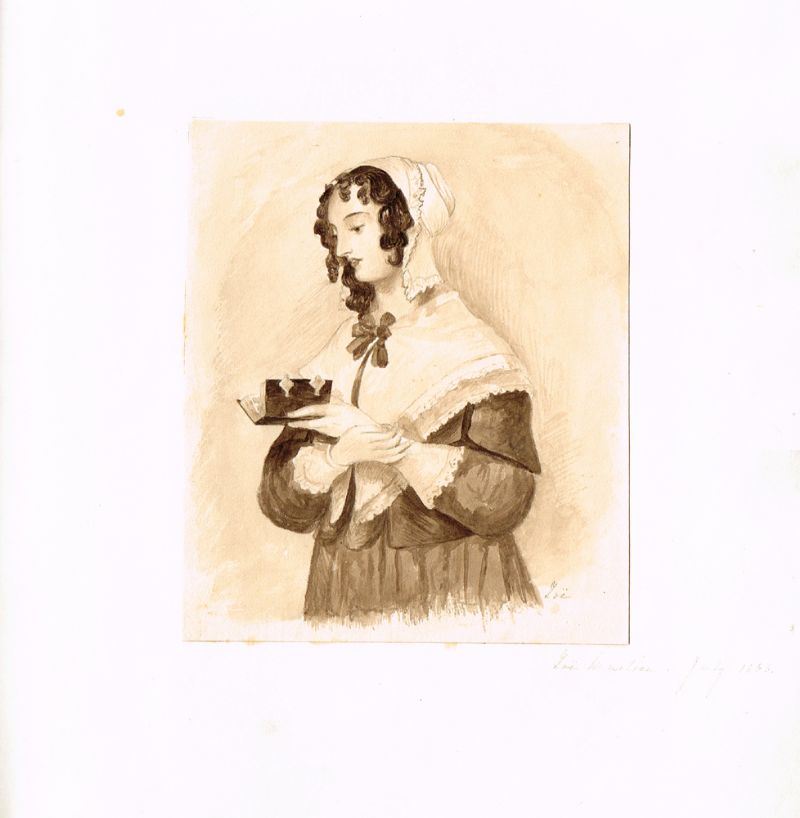 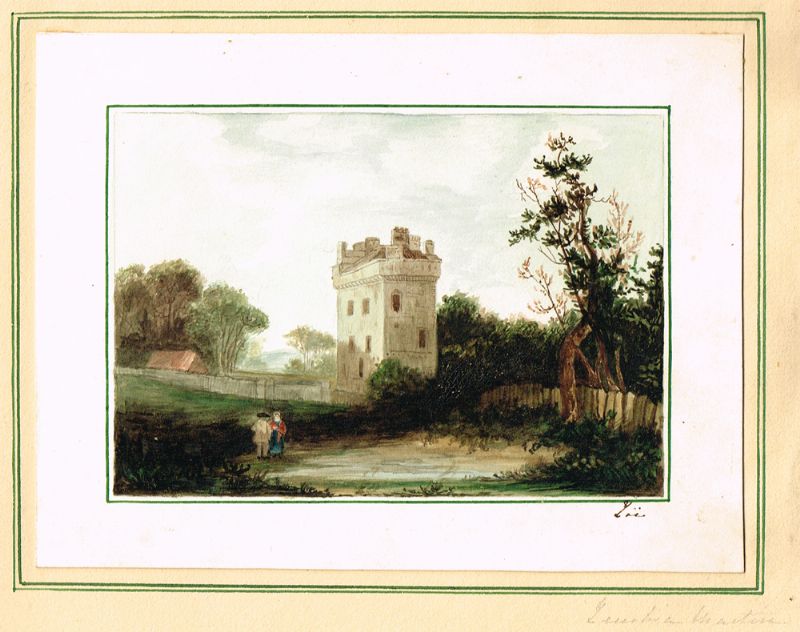 Artworks
John Martin was a painter, engraver and illustrator and was one of the most popular painters of his day known for his melodramatic paintings of religious subjects and fantastic compositions. He had six children who survived to adulthood and whose work is inlcuded in this album.
(Fig. VI)
John Martin, Flight into Egypt dated 1834, Sepia wash (5.75 by 8.25in)
Alfred Martin, Landscape with Classical Buildings and Mountains in the Distance dated 1834, sepia wash (7.75 by 5.25in)
Zenobia (Zoe) Martin, View of a Castle with Two figures in the Foreground
ink and watercolour (3.25 by 4.5in) & Portrait of a Lady Reading, July 1836, pencil (5 by 4.25in)
Two contributions by Zenobia's husband Peter Cunningham, are also included, one a lengthy, rhyming, three verse poem dedicated to Abigail.
(Fig. VII)
C. John Mayle Whichelo (1784-1865), The Bay of Naples, 1830, watercolour (4.25 by 5.5in)
(Fig. VIII)
After William Charles Ross, Portrait of HRH Prince Albert, pencil (8 by 6in)
(Fig. IX)
Style of Joseph Mallord William Turner (1775-1851)
Rüdesheim, sepia wash over pencil heightened with white with location inscribed at base right of centre
Other contributors include:
Théodore François Joseph Labarre (1805-1870) French harpist and composer.
Barnard van Oven (1796-1860) English physician and communal worker. He practised in London and had an extensive clientele among the Jewish community. John Lucas Tupper (c.1824-1879). Early member of the Pre-Raphaelite circle. Two pencil drawings.
(Fig. X)
Pierre Paul Emmanuel De Pommayrac (1806-1880). Puerto Rico born French artist. Watercolour of French woman.
Sir Michael Andrew Angus Costa (1808-1884) Italian-born conductor and composer who achieved success in England. Musical autograph score.
The later albums contain approximately 20 entries including: an ink drawing by H.W. Armstead dated June 1902 illustrating tribal figures dancing in celebration on 31 May 1902, the day The Treaty of Vereeniging was signed, (fig. XI), an equestrian watercolour by E Bartlett dated 1902 and a copy in ink of a cartoon. Both also include various text entries and newspaper cuttings.