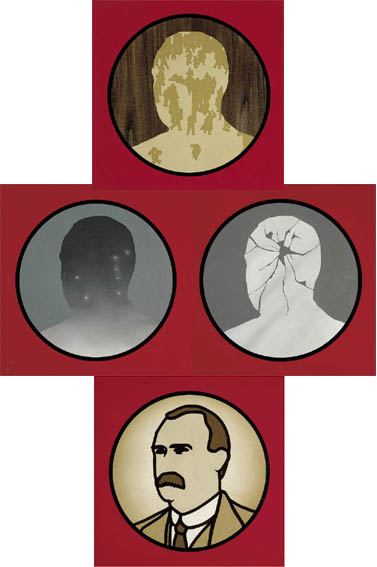 When first exhibited at the annual Oireachtas exhibition in 1971, An Chomhairle Ealaíon awarded it the Douglas Hyde Gold Medal for the best Irish historical painting. Afterwards, according to Carty, the Labour Party held it on approval for six months, unable to make up its mind about buying it. In the event of an impasse, well-known Dublin architect and prominent Fianna Fáil supporter, Sam Stephenson, purchased it from Ballaghs dealer, David Hendriks, early in 1972.

Shortly afterwards, two panels of the portrait were used on the front and back covers of International Socialism, issue 51. This was a special Irish issue in the aftermath of Bloody Sunday in January 1972 in which thirteen demonstrators were shot dead by the British army in Derry.

Ballagh subsequently revisited the Connolly portrait at least three occasions. In 1982 he included an image of the bottom panel of the Connolly portrait in Upstairs, No. 3, a depiction of the artist and his wife in their home at Temple Cottages, whilst in 1989 he portrayed himself in conversation with Connolly and Patrick Pearse in The History Lesson. The following year Ballagh reused the black and white pop icon portrait of Connolly as part of a cover design for Kieran Allens The Politics of James Connolly (Pluto Press, London, 1990).

More recently the image has been used in a booklet to mark the unveiling of the Connolly memorial statue outside Liberty Hall. It has also been appropriated by various political and trade union organisations, from the American Irish Labour Coalition - who have used it on a banner carried in various marches and parades, both in Ireland and America - to the Labour Party of Ireland, who used it in their campaign for the 2004 European elections. (With thanks to the artist for help in cataloguing this work).
Sale over
Whyte & Sons Auctioneers Limited, trading as Whyte's, hereinafter called "the auctioneer" exercises all reasonable care to ensure that all descriptions are reliable and accurate, and that each item is genuine unless the contrary is indicated. However, the descriptions are not intended to be, are not and are not to be taken to be, statements of fact or representations of fact in relation to the lot. They are statements of the opinion of the auctioneers, and attention is particularly drawn to clause 5 set out below. Comments and opinions, which may be found in or on lots as labels, notes, lists, catalogue prices, or any other means of expression, do not constitute part of lot descriptions and are not to be taken as such unless they are made or specifically verified by the auctioneers.