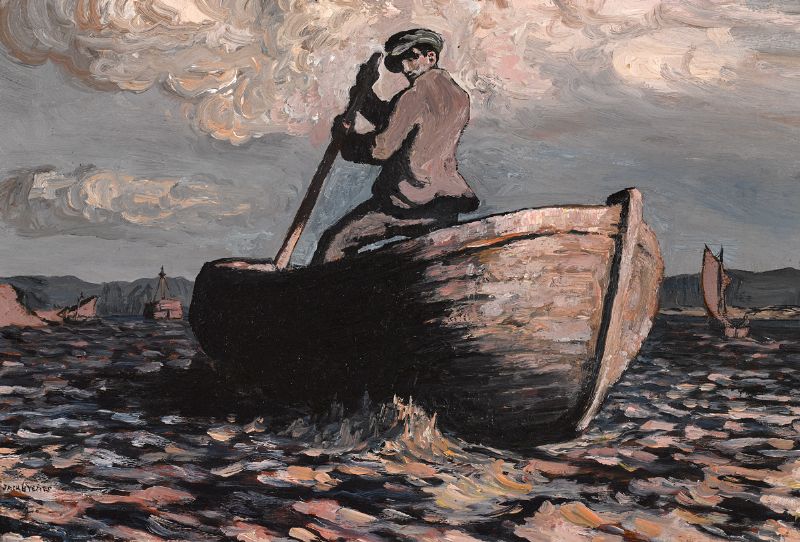 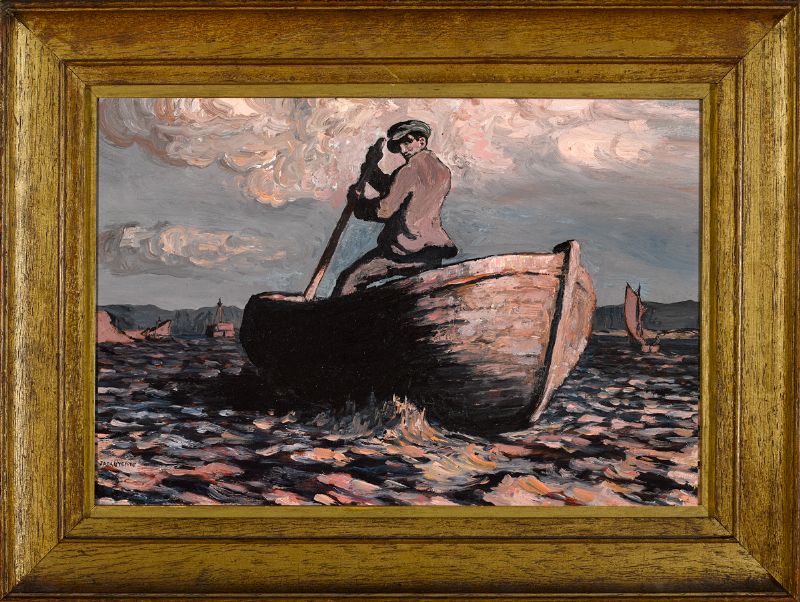 Yeats stayed in Roundstone in Co. Galway in the summer of 1911 and painted several oil paintings based on the landscape and scenery that he encountered there. He was fascinated by the different styles of fishing boats and their journeys around the rocky landscape of the coast. He was beginning to work primarily in oil, moving away from his earlier use of watercolour. As can be seen in this painting he had perfected his early technique of using thick impasto oil paint to construct concise but powerful images of contemporary Irish life. The waves and clouds are tinted in pink tones with flecks of red and blues. The boat and its sailor are outlined in black.

The painting shows a young man standing at the stern of a wooden rowing boat. He holds a long oar in his hands and looks behind taking care of where he is steering the craft. As the title suggests the man is sculling which means that he is propelling the boat with a scull, a kind of oar that was worked from side to side over the back of the boat. The boat is heading out to sea, towards the viewer, and the details of its curved prow are clearly delineated in the daylight. The low viewpoint adds to the drama of the scene and to our sense of the skill of the sailor as he directs the boat through the choppy waters. A little wave, visible beneath the prow, is generated by the action of the vessel as it moves through the water.

The magnificent Connemara coastline with the undulating forms of the Twelve Bens dominates the horizon line. The communal activities of the fishermen of the West and their dependence on the sea is emphasised by the inclusion of details such as the buoy, afloat near the shoreline and on the right, a Galway hooker, the traditional sailing boat of the region, gliding along. To the left another sailing boat is visible closer to the seashore.

The work was included in an exhibition of forty-four paintings called 'Life in the West of Ireland' that Yeats held in the Mills Hall in Dublin in February to March 1914. Sculling is mentioned in a glowing review of the show published in the Irish Times in which the writer declares that Yeats 'paints his subject as he himself sees it, not as others view it. His work has a distinctive Celtic atmosphere, in which peculiar mystic effects are produced'. (1) Several seafaring works were shown in the exhibition. 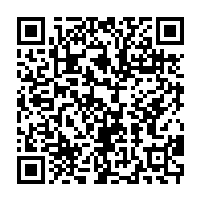