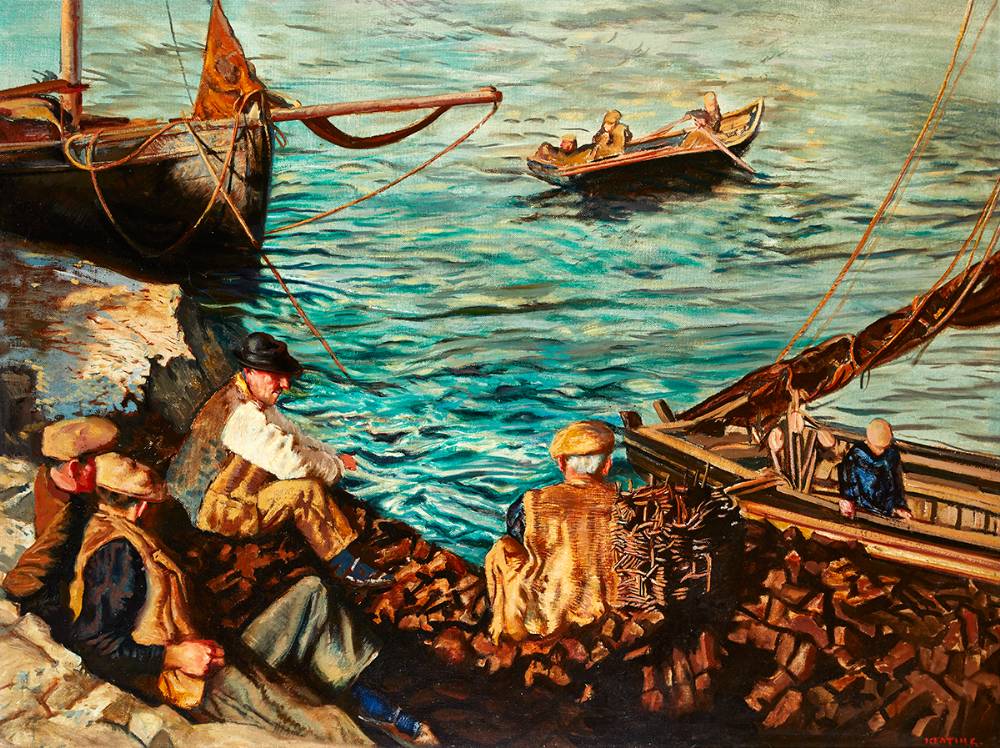 The close-up composition of Unloading the Turf is an art historical device derived from photography, and seen in the work of Degas, for example. It is used to create a more intimate environment for the viewer. As the sun sets, reflected in the calm waters, a two-man currach sets out to sea, perhaps on its way to another of the three Aran Islands. Two large fishing boats, hookers, are anchored by the shore, sails down, the day is over. Meanwhile, four local men in traditional clothing, sit around the freshly unloaded turf. Two wear pampooties, the local soft shoe made from calf skin, while another, an older man, has a woven basket, known as a creel, at his back. He will fill the creel with turf when the gossip of the day is complete. You, the viewer, are sitting on a higher rock to the right, surveying the scene, listening to the quiet chatter of island men, the mild, rhythmic beat of the rigging on the boats, and the melodic lapping of the gentle sea. The scene is an elegy to a life long gone, and yet a metaphor to the rewards of hard work. 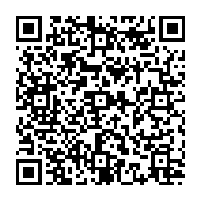