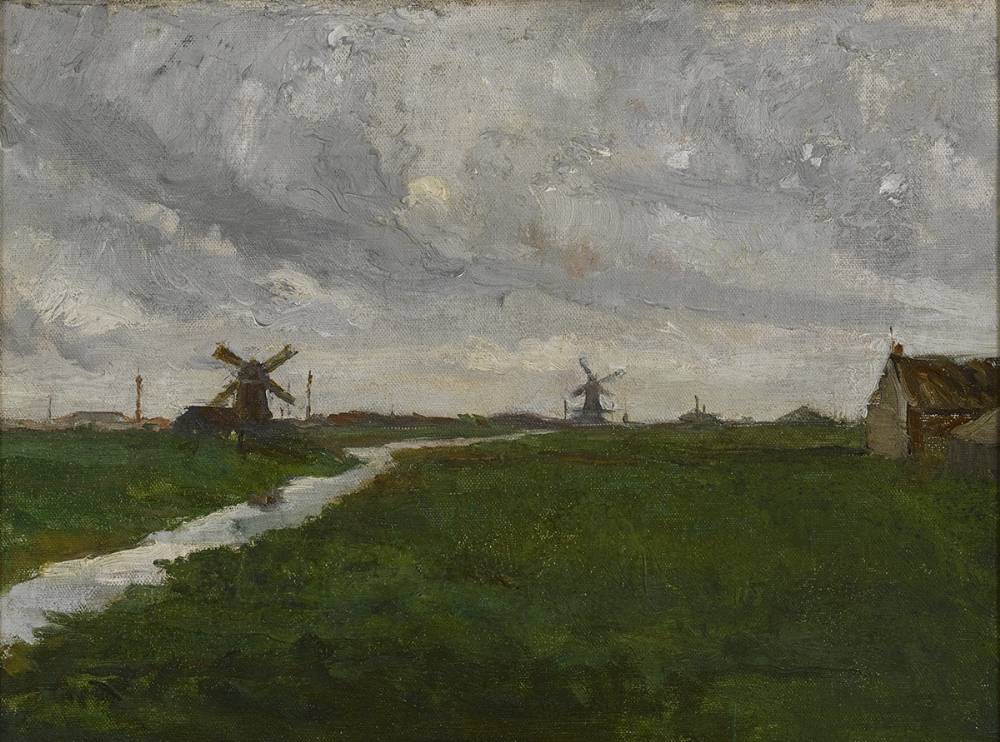 Zaandam was a picturesque village in the Zaanstad region, just north of Amsterdam. In the 17th century it had been an important centre for ship-building, and in the 19th century it became a popular tourist area. Artists were attracted to Zaandam's brightly coloured houses, windmills, canals and ships with masts, the most famous painter being French Impressionist Claude Monet in the 1870's.

In Zaandam Osborne is drawn, interestingly, not to the brightly-painted village on a sunny day, but to the stunning countryside with its windmills under overcast, rainy skies. Scudding, rain-filled clouds fill the sky, a stream which reflects the clouds, winds towards the horizon, and low buildings, windmills, and perhaps the masts of boats, are scattered across the flat landscape. The clouds are vigorously represented, while the moor in the foreground is rapidly painted in a glowing viridian green, evoking affinities with the subdued, atmospheric landscapes of Dutch artists of The Hague School. (2) Osborne enjoys a sturdy rough-weave canvas in his painting.

Footnotes:
1. See Jeanne Sheehy, Walter Osborne, Ballycotton, 1974 and Walter Osborne, National Gallery of Ireland, 1983. An inspiration on the edge of the present canvas 'Walter Osborne Zaandam May 1901' suggests that he may also have visited the village at this later date.
2. Compare eg. Allotments near The Hague by Jacob Maris (Gemeentemuseum, The Hague). 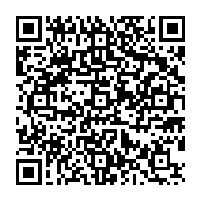 Over 1million sold in Whytes first major art sale of 2020
A fine start to the art auction season despite the inclement weather and the imminent threat of plague. Viewing was exceptionally strong and attendance in the room was as high as normal with over 100 present to compete with over 300 bidders on the internet, telephone, and absentees on the auctioneers book.
Highlights included Tadeusz Brzozowski MASTIFF (CWAJNOS) sold for 190,000, Jack Butler Yeats RUSTY GATES, 120,000, Paul Henry THE BOG ROAD, 54,000, Patrick Scott HRHA (1921-2014) DEVICE, and Donald Teskey COASTAL REPORT II. Over 80% of the lots sold.