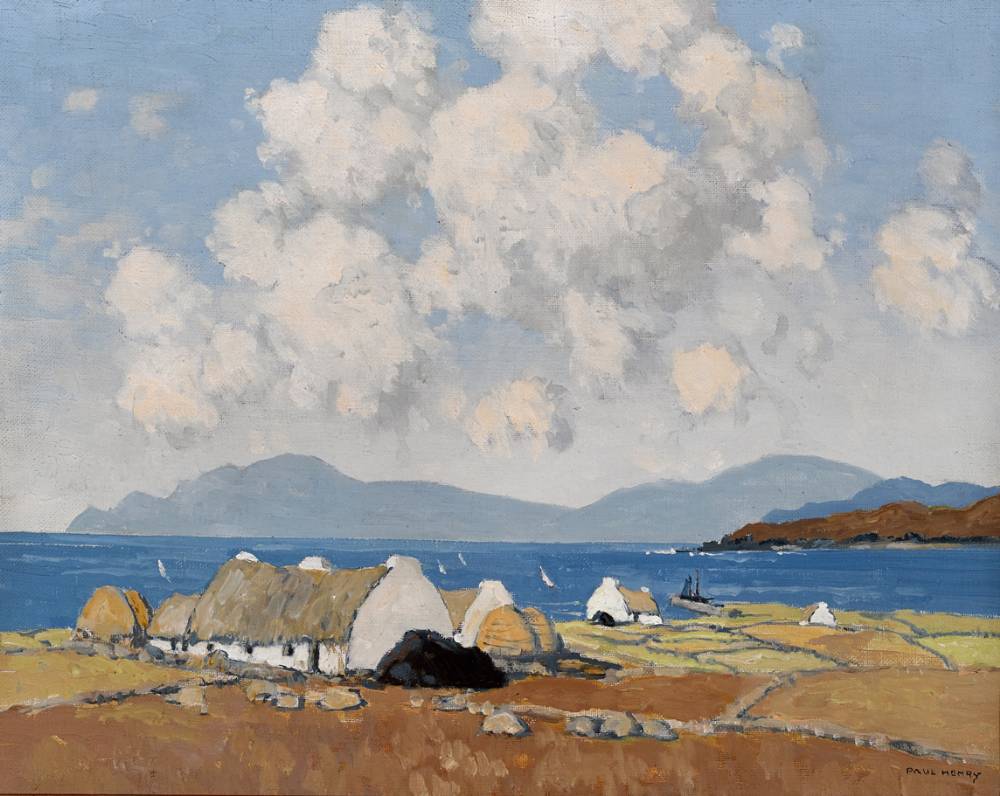 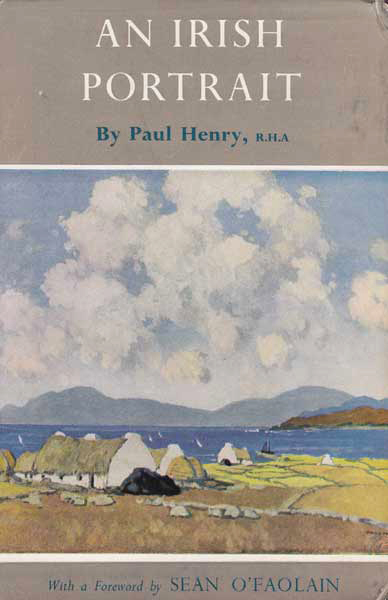 The scene almost certainly represents Achill Island observed in the distance from around the foot of Croagh Patrick. The harbour at the centre left of the composition may be Leckanvy.

Paul Henry's autobiography - An Irish Portrait - was published by B.T. Batsford., London in March 1951 in an edition of 3,000 with a foreword by Sean Ó Faoláin and the present painting, A Sunny Day, Connemara, selected by the artist to be reproduced on the dustjacket. In payment Paul Henry received a modest fee of £100 and an agreed 12 ½ % royalties on any future edition. Although he was disappointed with the financial return, writing the book had been 'a great adventure', he told his publishers. The book sold well and by October 1951 only 600 copies remained.

In his foreword Ó Faoláin commented that what always delighted him with Paul's work was the sure observation of nature. 'Sometimes' he said,

'people say that he is always painting the same thing - clouds, blue mountains and black bogs. He is always, indeed, painting the same thing; always the one thing - light caught in a flux, a moment's dazzling miracle. His pictures are amazingly mobile with this miracle of light. He is the least static painter I know. He never repeats himself. I am not fitted to speak of the technical skill that presents these subtle observations, but I feel that it must be immense. He is really an impressionist au fond.'

'The influence of Whistler is apparent. He acknowledges it generously in these pages [An Irish Portrait]. But the term misleads if it implies some sort of facile recording, or makes us forget that no man can receive or record any impression out of proportion to his own impressionability, his devotion, his patience and his love. This book is the story of a loving apprenticeship as long as life itself. [It is he concluded] a long, long happy love-story.' (1)