Whyte’s have held auctions of historical manuscripts and artifacts for over 40 years and are the established niche auctioneer of these collectibles in Ireland. Whyte’s expertise in the academic sorting, cataloguing and indexing of the fascinating material consigned to their sales sets Whyte’s apart as the leader in this field. Whyte’s have handled many important, and sometimes sensitive, archives and collections.  Whyte’s have managed the sale, both at auction and by private treaty, of many of the most important Irish documents and artefacts, dating back to the 12th century or as recently as the late 20th century. Whyte’s also provide valuations of archives and collections which are donated to museums, libraries and other institutions. Whyte’s are approved valuers by revenue authorities in the Republic of Ireland, the United Kingdom and the United States of America for appraisals in connection with taxation relief. 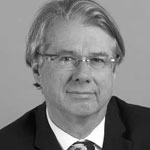