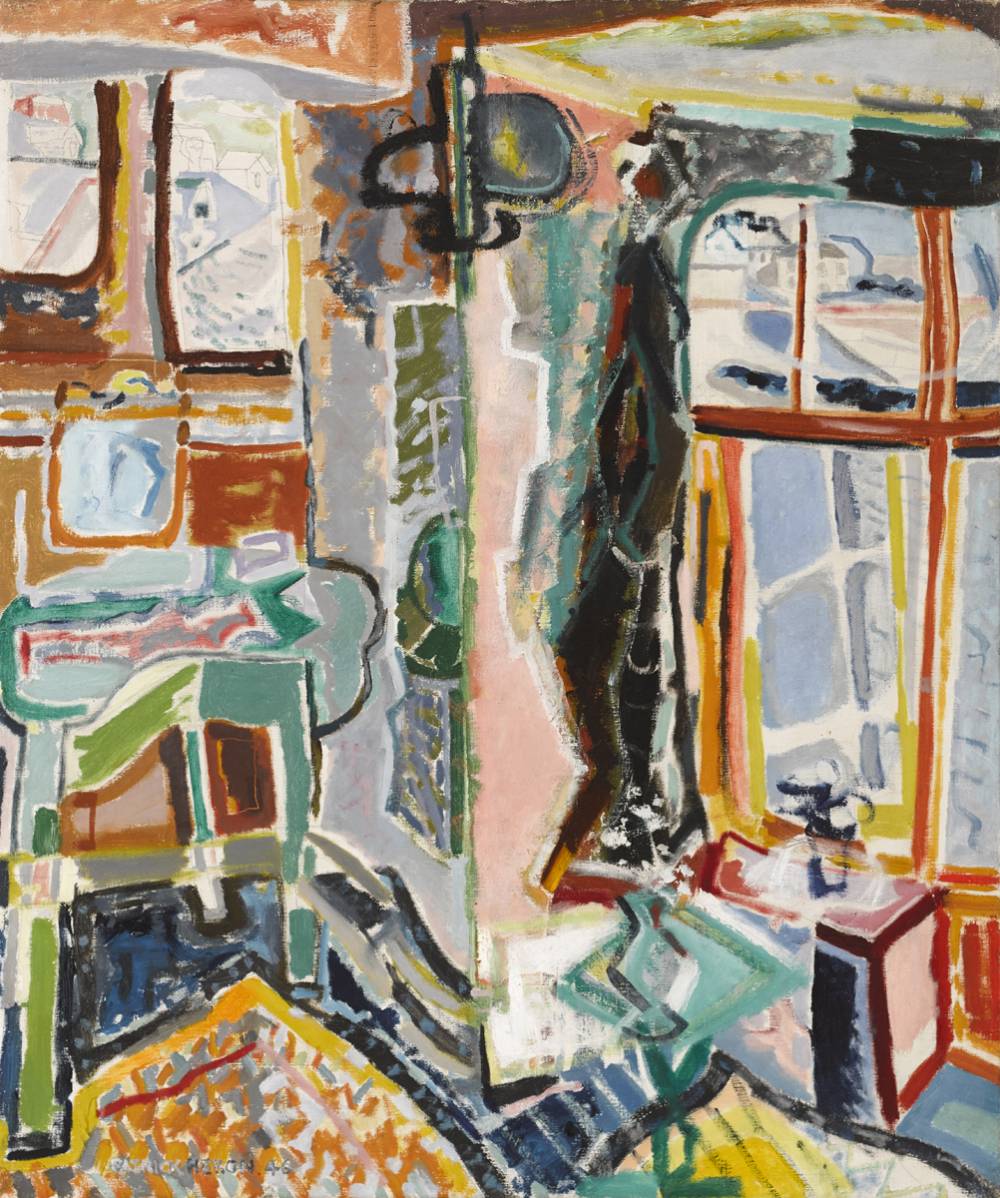 Heron was in his mid-twenties when he completed Bedroom, Moueshole, which depicts a familiar and intimate interior space, filled with light and colour. Presented with intensity and freedom of handling, the painting reflects his observations about the excitement of 'cultural uncertainty' and 'chaos of values' - the energetic, vital maelstrom of ideas that he asserted are 'exhilarating to the painter'. (3) As can be seen, however, the image is anchored with the strong, confident thick lines that are more about the effect of the work than realistic detail. The vibrant array of forms in the room interior press upon the picture surface, bordering on abstraction; but any potential claustrophobic effect is relieved by the views through windows, revealing the picturesque cottages of the fishing village of Mousehole, located on the West Cornwall peninsular, near St Ives.

In the following year, Heron exhibited at the Redfern Gallery in a show that included a number of such interior views. A few years earlier, he had repeatedly explored one of the most celebrated interior scenes by Henri Matisse, The Red Studio, which was on show at the Redfern Gallery in 1943, describing it as 'by far and away the most influential single picture of my entire career.' (4) In addition to Matisse, Heron admired Georges Braque and Pierre Bonnard, and while their formative influence can be detected in his early experiments, Heron developed a strikingly independent idiom as Bedroom, Mousehole demonstrates.

The 1947 show at the Redfern Gallery drew critical acclaim with comments that are appropriate to the present painting. Heron was described as a 'genuine colourist', whose use of colour 'does not involve any timidity', and who could 'make an abstraction without reducing everything to formula'. (5)