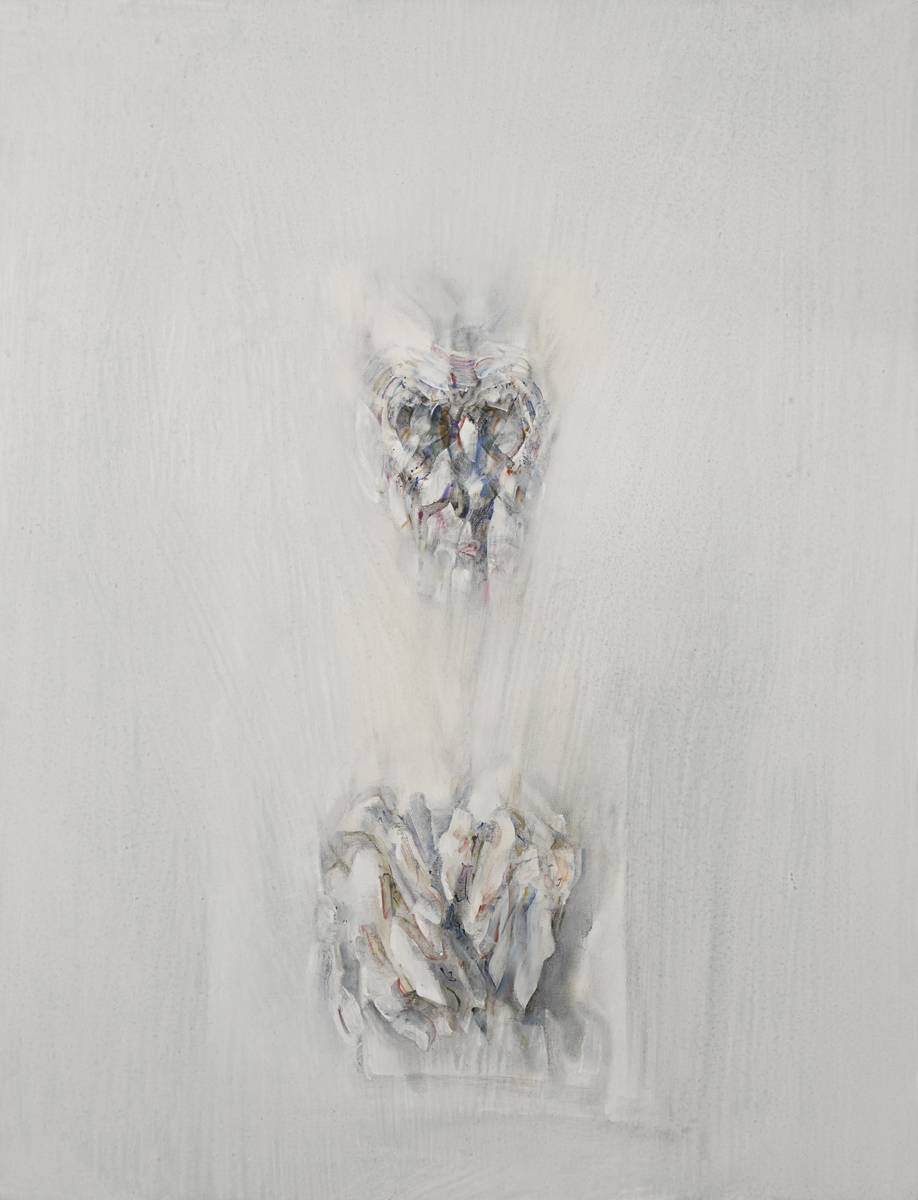 The portrait series included well-known figures celebrated for their contribution to cultural expression in the past, known to the artist mainly through their work and reputation, including William Shakespeare and James Joyce. However, he also represented various individuals that he knew personally, including his friend Samuel Beckett.

The portrait head series involved multiple images of the subject, a practice that infers the challenge to le Brocquy as an artist in attempting to represent complex multidimensional individuals, whose external appearance is only an indication of the internal depths. Working usually from multiple photographs, le Brocquy recognised that these functioned collectively, more effectively perhaps than a single observation, and he responded to that multiplicity in his numerous studies. The artist quoted the physicist Erwin Schrödinger whose words resonated with him in this respect: 'Consciousness is a singular of which the plural is unknown and what appears to be plurality is merely a series of different aspects of the same thing.'(2)

While the portrait series is recognised for its concentration on the head, and the recognisable if somewhat elusive features, it is notable that, throughout the series, a small number of the works also includes a suggestion of another part of the body - in several cases, as in the present work, Image of Samuel Beckett (1994), his hands. A rare recording in a documentary film released in 1994, of Beckett talking about his work some years earlier, reveals the expressiveness of the writer's distinctive hands as he used them to gesture and articulate. As has occurred in selected examples of le Brocquy' work, the hands are important as a motif to indicate the craft of the writer, as well as to symbolise the desire to grasp and explore ideas and facilitate expression. There is a suggestion of a page, and this image brings to mind a late play by Beckett entitled Ohio, Impromptu, 1981. This work involves two actors of strikingly similar appearance, one representing the Reader, the other the Listener. In a subsequent recorded version of this play, cinematic technology enabled the same actor, Jeremy Irons, to play both roles. Significant however in this play is the role of hands, both to grasp the text and to knock on the wooden table at which the two characters are seated, to signify commencement and conclusion of phases of spoken text.

Louis le Brocquy painted several portraits of Samuel Beckett. While the image is instantly recognisable with the distinctive bone structure and features of the writer, it also conveys an intensely reflective, somewhat forbidding expression of deep concentration. This is not a florid or flamboyant image of creative genius; rather the subtlety, spareness and focus of the writer's work is intimated. Despite the internalised intensity of the gaze, there is also a suggestion of the humour and gentleness which the writer was known to display.

Samuel Beckett is a particularly apt subject for le Broquy. Not only did the artist collaborate with the writer on set designs during the 1980s, the portrait head series has remarkable parallels with aspects of Beckett's stagecraft. For example, in a television version of the writer's last play What Where,(3) the documentary of 1994 reveals Beckett's intense interest in the technological methods of how a human face could be visually isolated and highlighted as though emerging from a penumbra, and how its appearance could be either gradual or instantaneous, evoking different effects. Such motifs in Beckett's work bear significant relevance to le Brocquy's idiom in the Head series which, from the outset were shown consistently, in the words of the artist, in the process of emergence and immergence. The artist describes how such a contradictory co-existence 'apparently dissolves the normal sense of time' consequently 'producing a characteristic stillness.'(4) Such intense stillness, of deep concentration, is a characteristic of selected examples of le Brocquy's head images, not least this evocative portrait Image of Samuel Beckett. As he famously observed in relation to an earlier portrait of the writer: 'I'm not making a statement at all, you know, I'm simply trying to discover, to uncover, aspects of the Beckettness of Beckett '.(5)

3. Footage of Beckett in 1987, from the documentary film, Waiting for Beckett: A Portrait of Samuel Beckett, Global Village Production, 1994. Available to view on youtube.