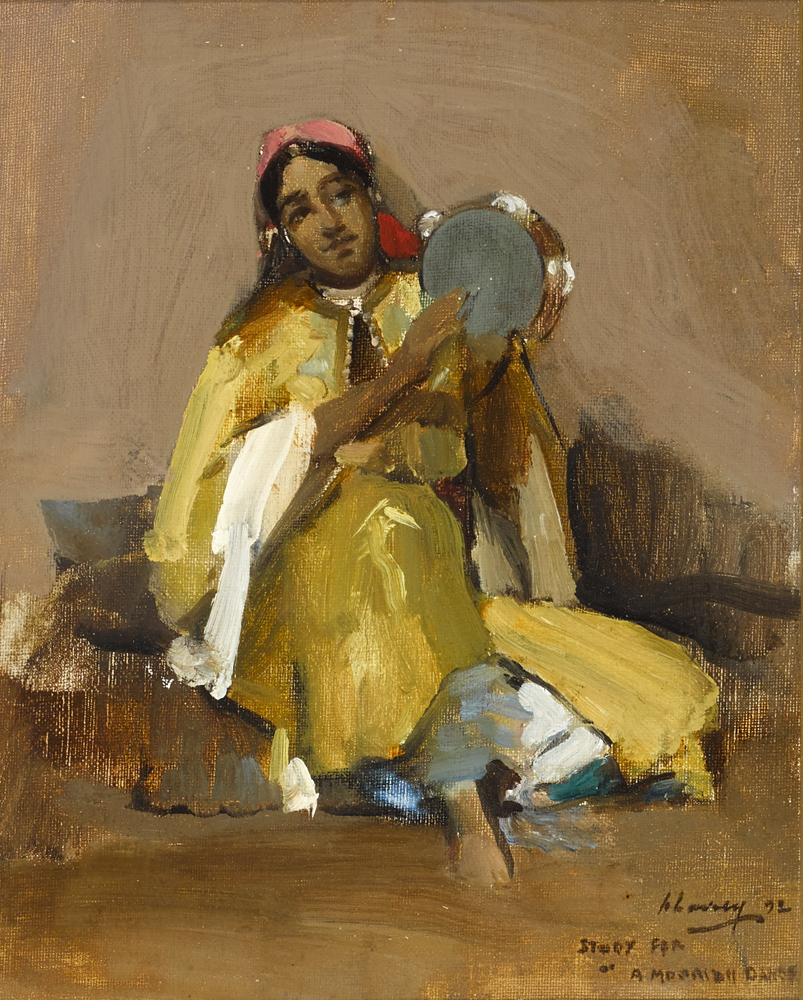 1 For a fuller account of Laverys long relationship with Tangier, see Kenneth McConkey, John Lavery, A Painter and his World, 2010, (Atelier Books).
2 Two for instance, were given to fellow painter, Alfred East, whose London studio Lavery borrowed during his absence in 1896.
3 McConkey, 2010, pp. 60-2, 220 (note 63).
An outstanding opportunity to acquire works of quality and enduring value by Walter Osborne, Roderic OConor, William Orpen, John Lavery, William Leech, Jack Yeats, Paul Henry, William Conor, Seán Keating, Harry Kernoff, Maurice Wilks, JH Craig, George Campbell, Louis le Brocquy, Patrick Collins, F.E. McWilliam, Patrick Hennessy, Tony OMalley, William Crozier, Hughie ODonoghue and John Shinnors, to mention but a few of the 150 artists represented.
Catalogue on-site now. Enquiries to Adelle Hughes ah@whytes.ie or Peter Whyte, pw@whytes.ie
Whyte & Sons Auctioneers Limited, trading as Whyte's, hereinafter called "the auctioneer" exercises all reasonable care to ensure that all descriptions are reliable and accurate, and that each item is genuine unless the contrary is indicated. However, the descriptions are not intended to be, are not and are not to be taken to be, statements of fact or representations of fact in relation to the lot. They are statements of the opinion of the auctioneers, and attention is particularly drawn to clause 5 set out below. Comments and opinions, which may be found in or on lots as labels, notes, lists, catalogue prices, or any other means of expression, do not constitute part of lot descriptions and are not to be taken as such unless they are made or specifically verified by the auctioneers.