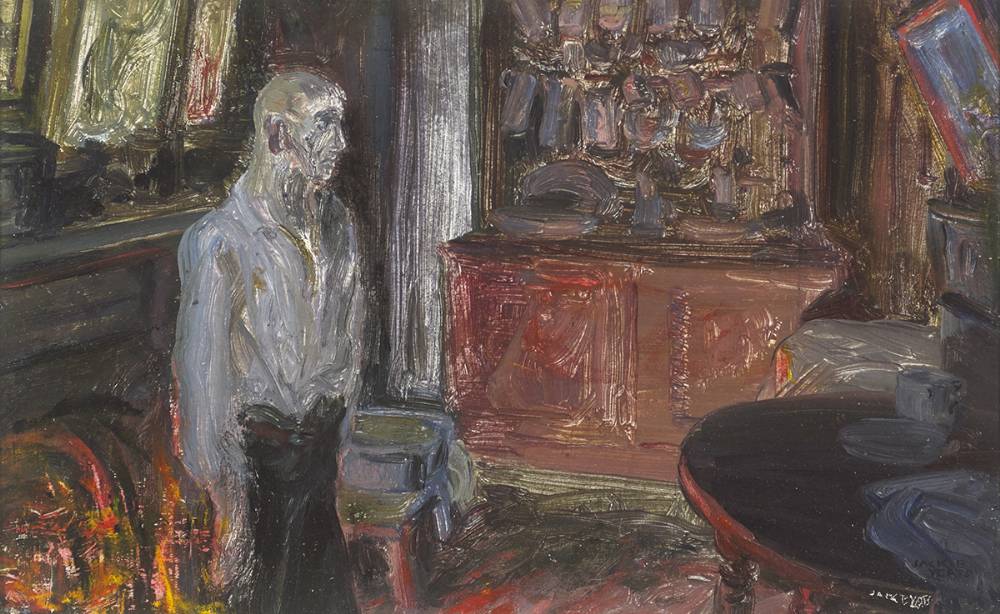 This work is recorded twice in the artist's Log Book I, under 'Q', where Yeats dates it 1927 and mentions the two exhibitions from that year.