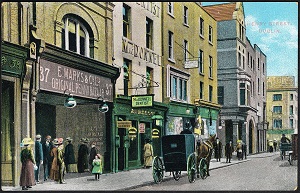 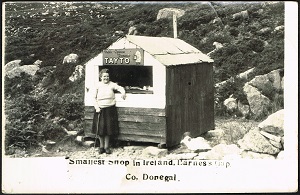 In what is probably the largest auction of picture postcards ever held in Ireland, over 100,000 cards will be offered by Whyte’s on 26 January.

This collection was formed by Dubliner, Seamus Kearns (1929-2014). Seamus began collecting stamps in the 1930s and fell in love with old postcards in the 1950s, since when he started amassing this collection. A founder of the Irish Picture Postcard Society, he provided many exhibitions around the country, including a major show at The Guinness Hopstore in 1994. The main value is in Irish topographical and historical Irish cards – views of villages and towns from the early 1900s to the 1950s as well as historic events such as the 1916 rising. With the advent of texting and selfies the sales of postcards have gone into decline but this collection shows what we are missing today – not only the wonderful images but also the thoughtful messages. 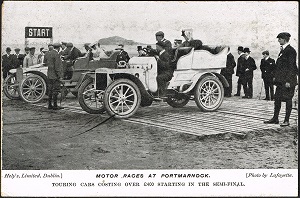 Every county – and most places in Ireland – are represented here. The views show the transition from muddy roads and horse drawn vehicles to tarmac and trams and then to buses and motor cars, the simple pleasures of the seaside resorts such as Ballybunion, Portrush and Bray, the naughtiness – or politically incorrectnes – of “saucy postcards” from English (who else?) holiday spots, and the Art Nouveau and Art Deco influences on postcard designs. The postcard in Ireland dates from 1870 when the Post Office offered a reduced rate of a halfpenny instead of a penny. At first the cards only bore handwritten or printed text. Some individuals in Britain and USA had made handpainted cards before 1870 but they were the exception. Gradually the idea of printing pictures and greetings on the cards spread and by 1900 practically every country in the world was producing them. 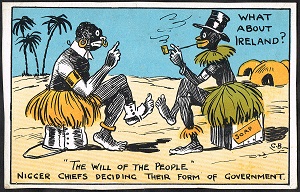 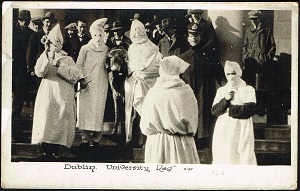 Some of the early nineteenth century cards show the racism of the time with Africans referred to as “coons” or “niggers” or “kaffirs”. Irish examples show a “White Nigger Minstrel” group in Mayo, or the “White Coons” on a bandstand at Bray or a comic card satirising Irish Nationalists of “Nigger Chiefs deciding their form of government”. Although repulsive today they are important images of the attitudes of the era. 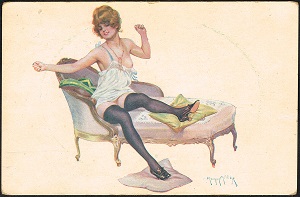 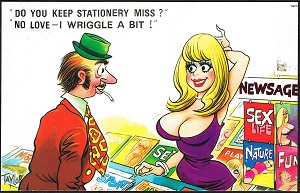 Values range from a few cents to over €100 each. Rare cards tend to be those produced by individual private or commercial photographers of local events such as a political parade, a train wreck or a race meeting in the early 1900s. Some postcard artists are in much deamand such as Raphael Kirchner’s Art Nouveau depictions of scantily clad pretty women of the 1920s, and these fetch from around €20 to €50 each. 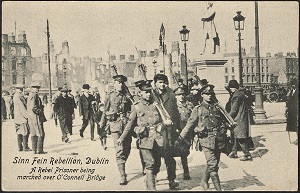 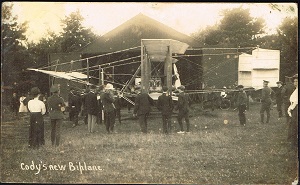 Historic events such as the 1916 Rising and early aviation scenes are scarce and valuable.

Viewing takes place at Whyte’s Molesworth Street galleries on 23 to 25 January, 10am to 5pm daily. The auction will start at 1pm on Saturday 26 January at The Freemasons Hall, 17 Molesworth Street. The auction will be broadcast live with on-line bidding at www.bid.whytes.ie
Further information from Ian Whyte or Stuart Purcell 01 676 2888 or info@whytes.ie or 087 2323214