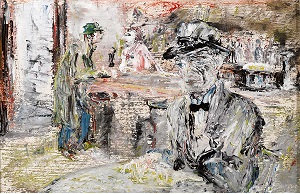 Hot on the heels of an enormously successful autumn sale, Whyte’s auction of Important Irish Art at 6pm, Monday 26 November 2018 at the RDS will offer collectors – including those disappointed underbidders from October - another opportunity to acquire key pieces from the flagship winter sale.  This auction boasts many of the premier names in Irish art including Jack Yeats, Paul Henry, Walter Osborne, William Leech, Roderic O’Conor, Louis le Brocquy, Basil Blackshaw and many more. Whyte’s invite bidders to view the sale at www.whytes.ie and in person at the RDS, Dublin Saturday through to Monday (day of the sale) 24 to 26 November 10am-6pm daily.

One of the sale highlights is the 1944 oil by Jack B. Yeats, The Man with The Wrinkled Face [Lot 25, €80,000-€120,000, illustrated above]. This exquisite work shows a solitary figure dressed in a suit, with a bow tie and hat while behind him a lanky man leans over the counter staring intently at a heavily made-up barmaid. The public house was a significant setting in Yeats' work. Like other liminal spaces associated with modernity, it was a place in which one could survey men and women engaged in social interaction. In its subject it recalls Edouard Manet's famous Bar at the Folies Bergère while the execution displays all the hallmarks and sculptural handling of the pigment associated with Yeats’ ouevre. The painting was – significantly – part of the 'National Loan Exhibition' in Dublin in the summer of 1945. A delightful ink titled St. John's Eve Bonfire Night executed c.1905 when Yeats and John Millington Synge were in Belmullet in Co. Mayo, guides €12,000-€18,000 aslot 27. 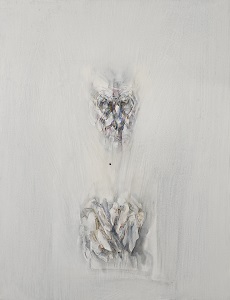 Four imposing equestrian works by Blackshaw demonstrate both his love for the animal and his stylistic development as an artist. The earliest works were acquired directly from the artist by the present owner: Horses Exercising [Lot 74, €40,000-€60,000], Horses At The Start, Point To Point [Lot 75, €30,000-€40,000] and Striding To The Finish, Point To Point [Lot 76, €30,000-€40,000]. These atmospheric oils show an understanding of the anatomy and movement of the horse but their energy and the drama of the scene is heightened by Blackshaw’s treatment of the landscape and sky around them. 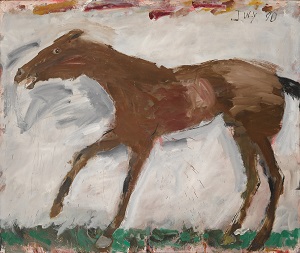 Notably, the later, larger oil (60 by 72in), Race Horse, 1990 [Lot 73, €50,000-€70,000, illustrated above] was sought-out for inclusion in the artist’s touring retrospective by the Arts Council of Northern Ireland, 1995. The artist’s gestural application of paint and claustrophobic placing of the subject is characteristic of Blackshaw’s later style. Lots 77-79 are small works on paper illustrated in the artist’s collaborated book of poetry with Paul Yates, MOURNE. Each guide from €1,000-€1,500.

The first 7 lots in the auction comprise a collection of watercolours by the famous entertainer and artist William Percy French [Lots 1-7, guides from €2,000-€7,000] while a large important painting by Nathaniel Hone, Stormy Coast, Co. Clare [Lot 8, €15,000-€20,000] is considered a companion piece to an example in the Hugh Lane and may be based on a watercolour in the National Gallery collection. 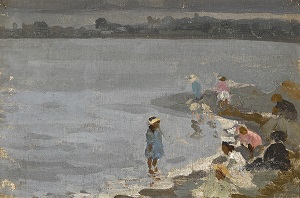 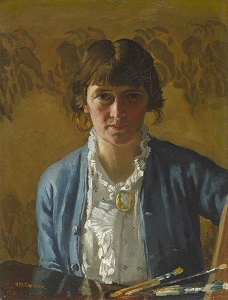 Experiencing a surge in appreciation at auction currently, Irish female artists are deservidly commanding more attention in the current market. An outstanding early Self-Portrait by Margaret Clarke (née Crilley) [Lot 22, €20,000-€30,000, illustrated above] comes to the market following decades in a distinguished private collection. The picture has been twice loaned to the National Gallery, first, in 1987 for ‘Irish Women Artists’, and, last year for a major retropective in the same venue. Clarke was married to the famous stained-glass artist, Harry, and studied under William Orpen at the Metropolitan. From the same collection, and also included in her retrospective in 1968, is an avant-garde example by Norah McGuinness, Still Life with Basket and Plant, 1951  [Lot 38, €10,000-€15,000]. IMMA’s current retrospective on Mary Swanzy may influence the sale of a stunning example by her, Cornfield, France [lot 37, €6,000-€8,000]. Interestingly, two Chioggia scenes are included in the sale, the first - Harbour Scene, Chioggia, Italy - by Grace Henry [Lot 14, €2,000-€3,000] and Looking Back, Chioggia, 1960 by Camille Souter [Lot 53, €5,000-€7,000] who turns 90 next year.

Whyte’s record-breaking price for a work by Rory Breslin in October should influence interest in his two River Masks of the Shannon & the Bann [Lots 91 & 92, €8,000-€12,000 each]. These are the penultimate offering of his first editions from the series. Two bronzes by both Patrick O’Reilly and Rowan Gillespie - each known for their celebrated public sculpture - are represented in the sale with guides from €4,000 to €20,000-€30,000 for Lot 80, Ladder of Life, 1988 by the later. Beautiful bronzes by Edward Delaney, John Behan, Conor Fallon and Carolyn Mullholland are also on offer.


An oil by Walter Osborne – four works by him in October all exceeded their estimates – two examples by George Russell (Æ)are offered while a striking painting by Patrick Collins from the 1970s will also appeal. 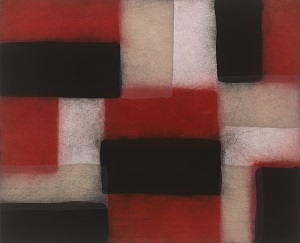 Sean Scully aficionados will be chasing lot 99 [Wall of Light Crimson, 2005 €4,000-€6,000, illustrated] while underbidders who missed out on four works by William Scott in October will find two examples by him in this sale. A large gouache bought at the Kerlin Gallery in 1991, Vertical Balance, 1966, [Lot 70, €10,000-€15,000] and a still life lithograph [Lot 69, €3,000-€4,000]. Patrick Scott, John Shinnors, Tony O’Malley, Brian Maguire, Patrick Graham, Diane Copperwhite, John Kingerlee, Melita Denaro, Seán McSweeney, Donald Teskey, Stephen McKenna, Kenneth Webb, Cecil Maguire, Michael Canning and contemporary artist Eoin Llewellyn are among some of the other striking modern examples in the sale.
All the artworks are on display with full descriptions and several with insightful notes from art experts at www.whytes.ie. This fabulous auction will be on view at the RDS, Anglesea Road entrance, Ballsbridge, Saturday to Monday, 24 to 26 November, 10am to 6pm daily; admission and parking is free. The auction will be broadcast live on the internet at bid.whytes.ie, invaluable.com, auctionzip.com, encheres.lefigaro.fr and the-saleroom.com; collectors around the world can bid live from their computers, smart TV’s, mobile phones or android devices.
There is no extra charge for buying online via Whyte’s platform, bid.whytes.ie