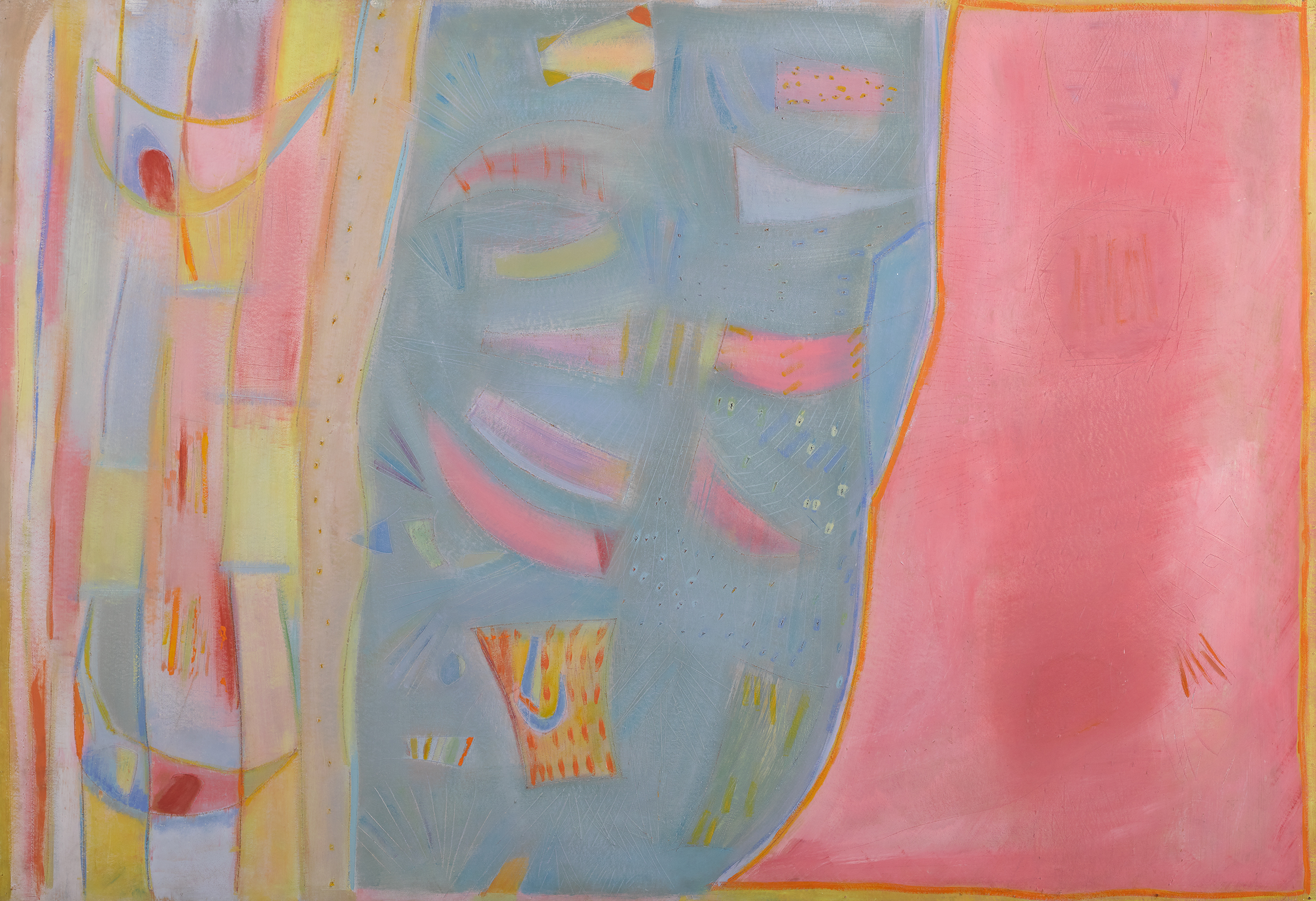 includes Winter scenes in Dublin, Connemara and the Bahamas!
Hot on the heels of the Ernie O’Malley sale, Whyte’s auction of Irish & International Art at 6pm, Monday 2 December 2019 at the RDS will offer collectors a further opportunity to acquire key works from Ireland’s most soughtafter artists.  This auction boasts many of the premier names in Irish art including Jack Yeats, Louis le Brocquy, Daniel O’Neill, Sir William Orpen, Paul Henry along with international artists such as Andy Warhol and a selection of North American works from the collection of Anglo Irish Bank. Whyte’s invites bidders to view the sale at www.whytes.ie and in person at the RDS, Dublin, Saturday through to Monday (day of the sale) 30 November to 2 December, 10am-6pm daily.
MASTER OF LIGHT

Purchased from the Bank of Ireland Collection almost a decade ago, the beautiful Bahamian canvas by Tony O’Malley – Air, Water, Light, 1979  [lot 72, estimate €40,000-€60,000, illustrated above]– radiates from the December catalogue cover. His marriage to Jane Harris in 1973 led to winters in the Bahamas, where he began painting outdoors and on canvas until 1987. This exhibition work, measuring  48 by 70ins, represents arguably the most important period in his ouevre where movement and colour dominate. The Caribbean light and colours had an enormous impact on O’Malley’s palette and this radically different environment charged his canvases with a buoyancy and lightness. The Bahamian works were also critical in terms of his career development opening doors to commercial galleries in Ireland and abroad. The present painting offers the astute collector an exceptional example by the Kilkenny artist.

THE ’HIS AND HERS’ OF IRISH LANDSCAPE PAINTING 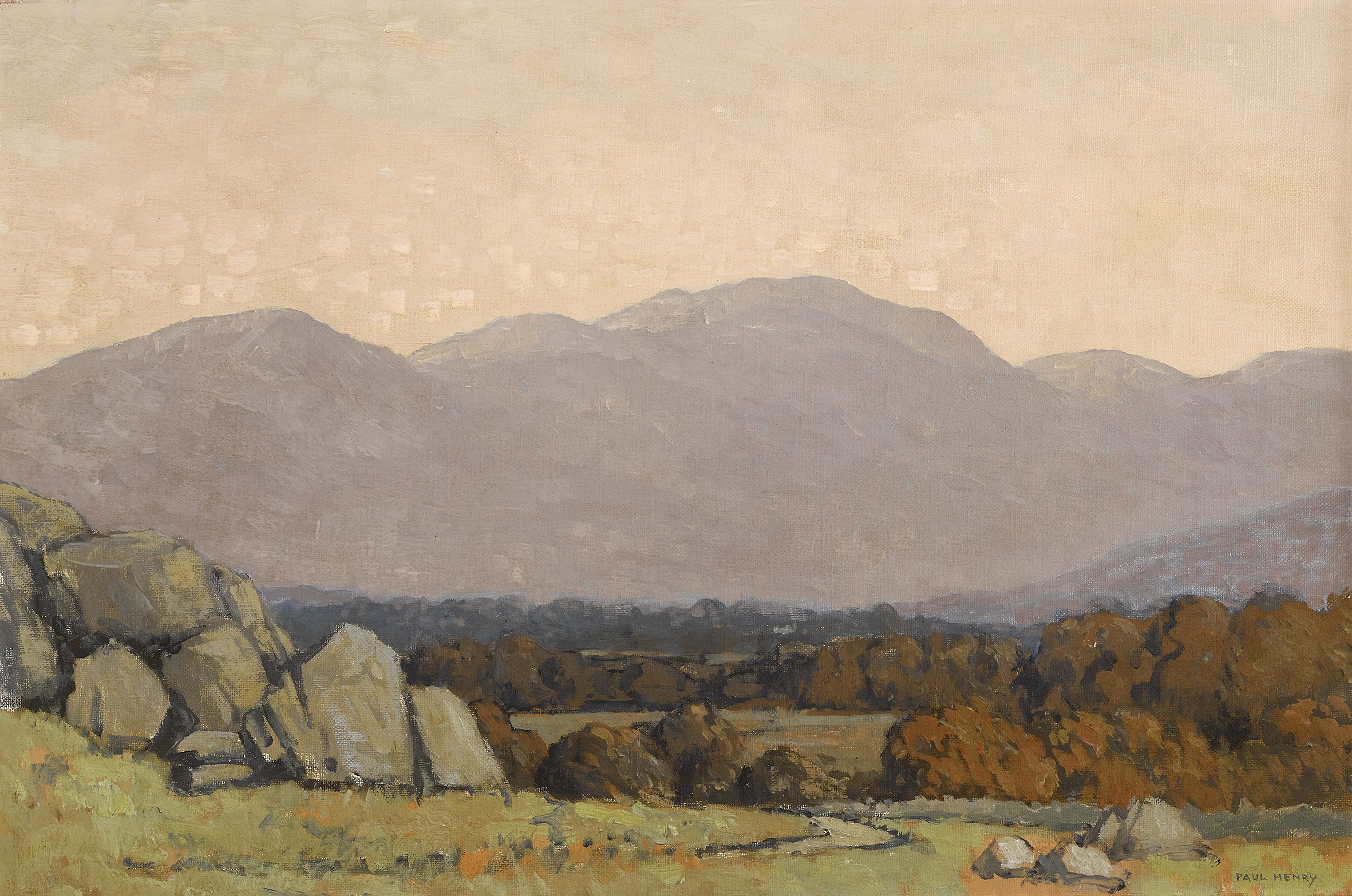 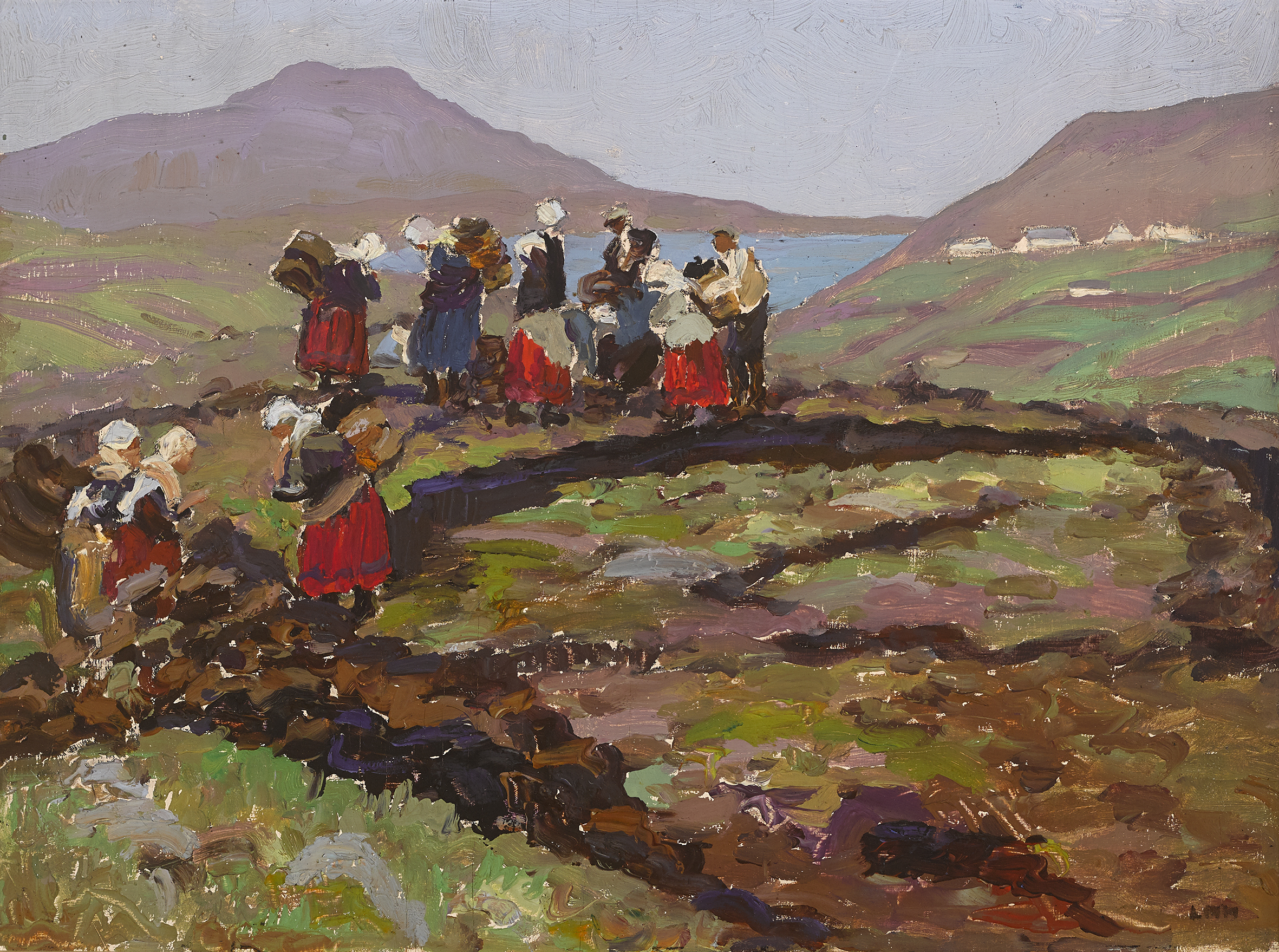 Paul Henry’s paintings of the West of Ireland are perhaps the most recognisable images of this country; however, rarer views of the east also appear at auction from time to time and lot 14 [Glencree, Co. Wicklow, €60,000-€80,000, illustrated left] is one such example. Displaying all the characteristics of his trademark style in composition and tone, one could be forgiven for assuming the unpopulated landscape was a western scene; however, Henry expert, Dr Kennedy, dates this work to 1935-1939, when Paul Henry and his then partner, later his wife, Mabel Young took up residence in Co. Wicklow. The painting was purchased from the artist by a friend.

A wonderful array of paintings by Letitia Marion Hamilton, as well as one by her sister Eva, demonstrates their reading of the west and its people and comes to auction from an important single owner collection. The sisters lived in Hamwood House in Dunboyne, Co. Meath, a home brimming with artistic connections. Letitia travelled widely throughout her life and her scenes of Venice are particularly desirable. What with the upsurge in interest in Irish female artists of this period at present, this collection is likely to attract strong bidding. Lots 7 to 11 and 13, guides from €5,000 to €15,000. Illustrated above right, lot 8 Achill Island, Co. Mayo (Figures on a Bog) €5,000-€7,000 by Letitia. 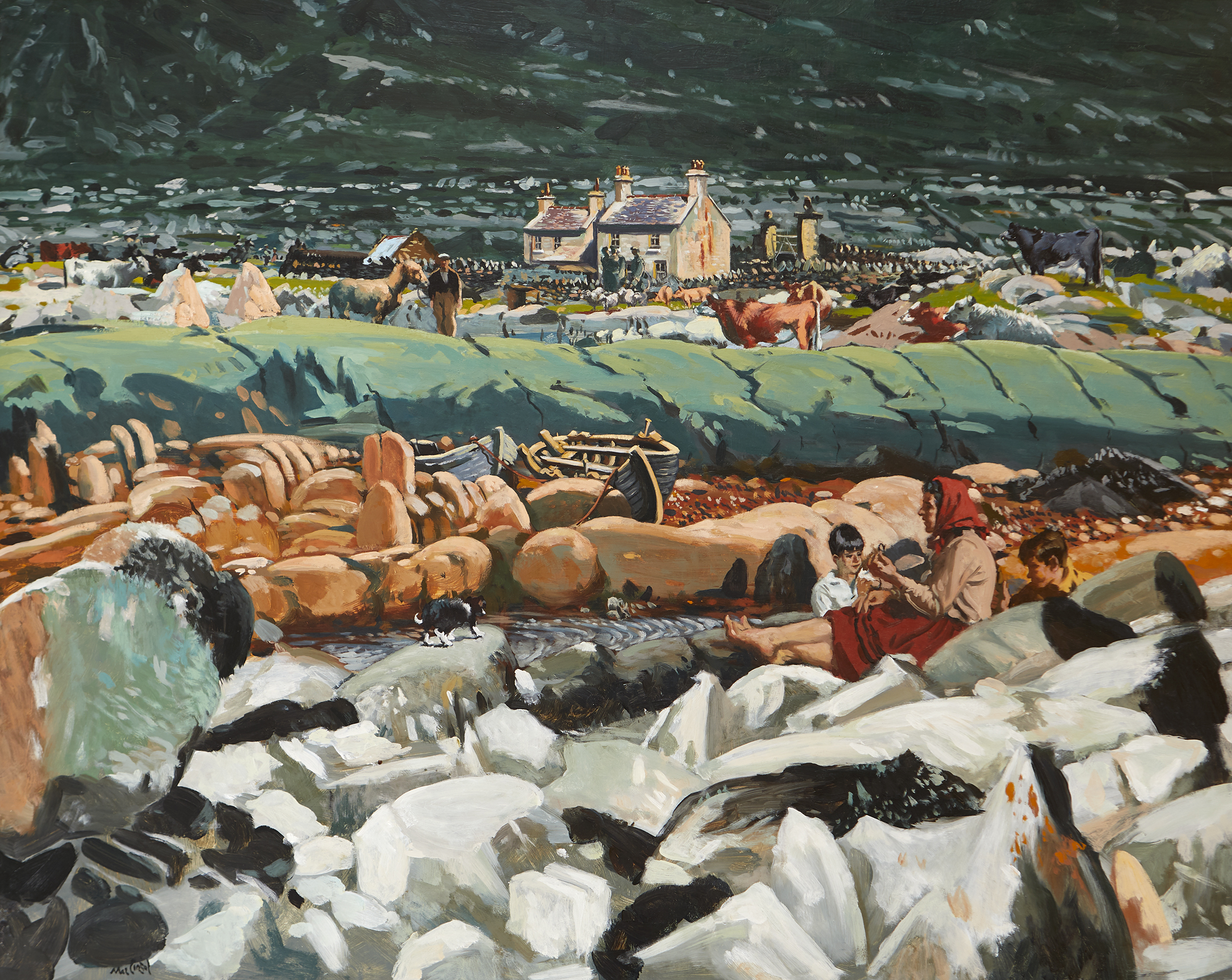 Another magnificent view of western life of old can be found in The Artist’s Wife and Family with Dog at Errisbeg, Co. Galway by Maurice MacGonigal  [lot 16 illustrated above, €20,000-€30,000]. Painted in 1952 in the later stages of his career, this large oil (40 by 50in) explores the dramatic mountainous coastline of the Connemara region. Its importance is highlighted in the text A Free Spirit: Irish Art 1860-1960 which includes vivid recollections on the work and its creation by the artist’s son, Ciarán, seated with his mother Aida in the foreground of the composition.
THE POWER OF PAPER & PORTRAITURE

“A handsome fellow has lost his youth, his greatcoat weighs him down, and behind his eyes are the horrors he has seen. Long, slow looking, patience, and an accurate eye provide for great psychological penetration in Orpen's picture of this quiet Ulsterman in uniform.” 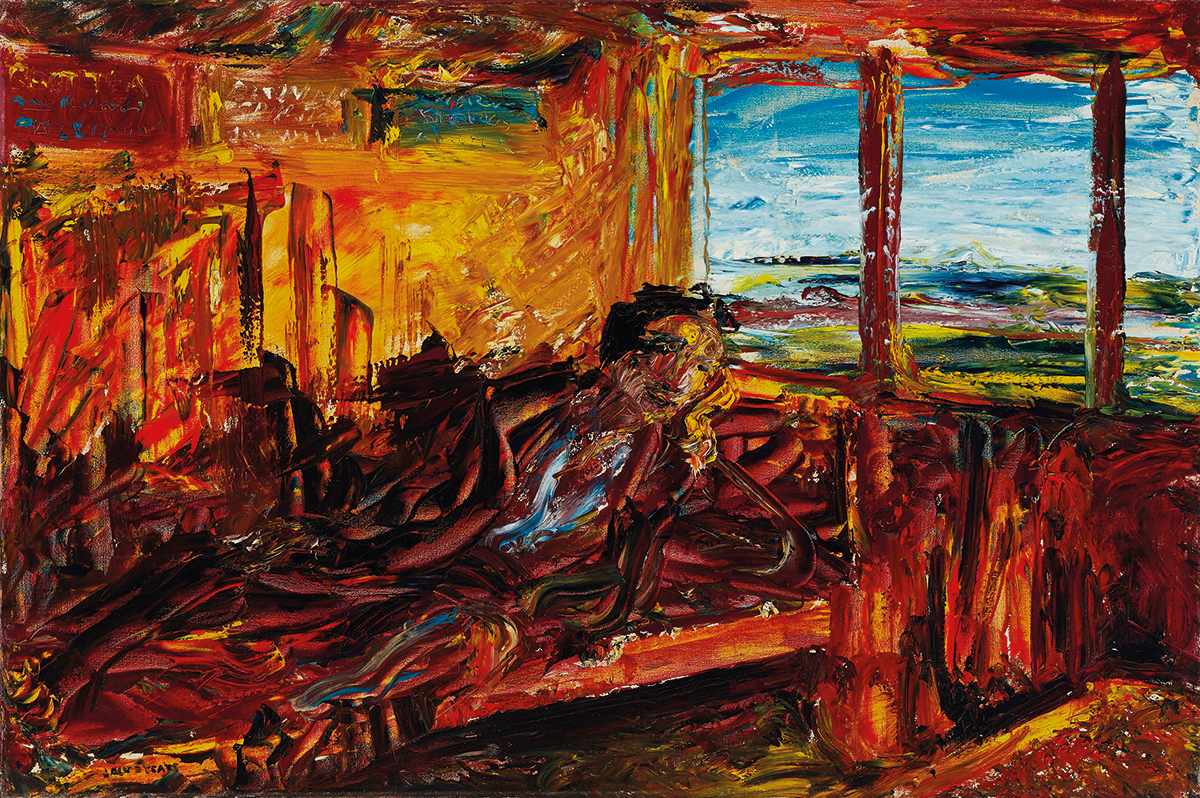 Orpen expert Professor Kenneth McConkey’s description of Captain Robert John Woods of The Royal Inniskilling Fusiliers, 1919 [lot 25 €25,000-€30,000 left]. This striking painting trancends its genre. Such is the power of Orpen, its appeal reaches beyond simple historical interest or mere aesthetic appeal, both of which are present in abundance.
History buffs will no doubt be drawn to the commanding Portrait of Padraig Pearse by George Collie [lot 28, €10,000-€15,000]. Showing Pearse in his barrister’s garb before ruins of Dublin, a tricolour and the Proclamation, it was commissioned for the  Irish Club, Eaton Place, London where it hung until 1992.
On The Cliff (Howth, Co. Dublin), 1913 [lot 13, €15,000-€20,000] by William Orpen is a delicately handled watercolour and belongs to an important series describing idyllic summers between 1909-1913 when the artist and his family rented Bellingham’s House on Howth Head. The series was so highly thought of that six were selected by Orpen for reproduction in facsimile by Charles Chenil & Co in a set of ten published in a special portfolio at the end of 1913. The present example [lot 13] was the first of the set. 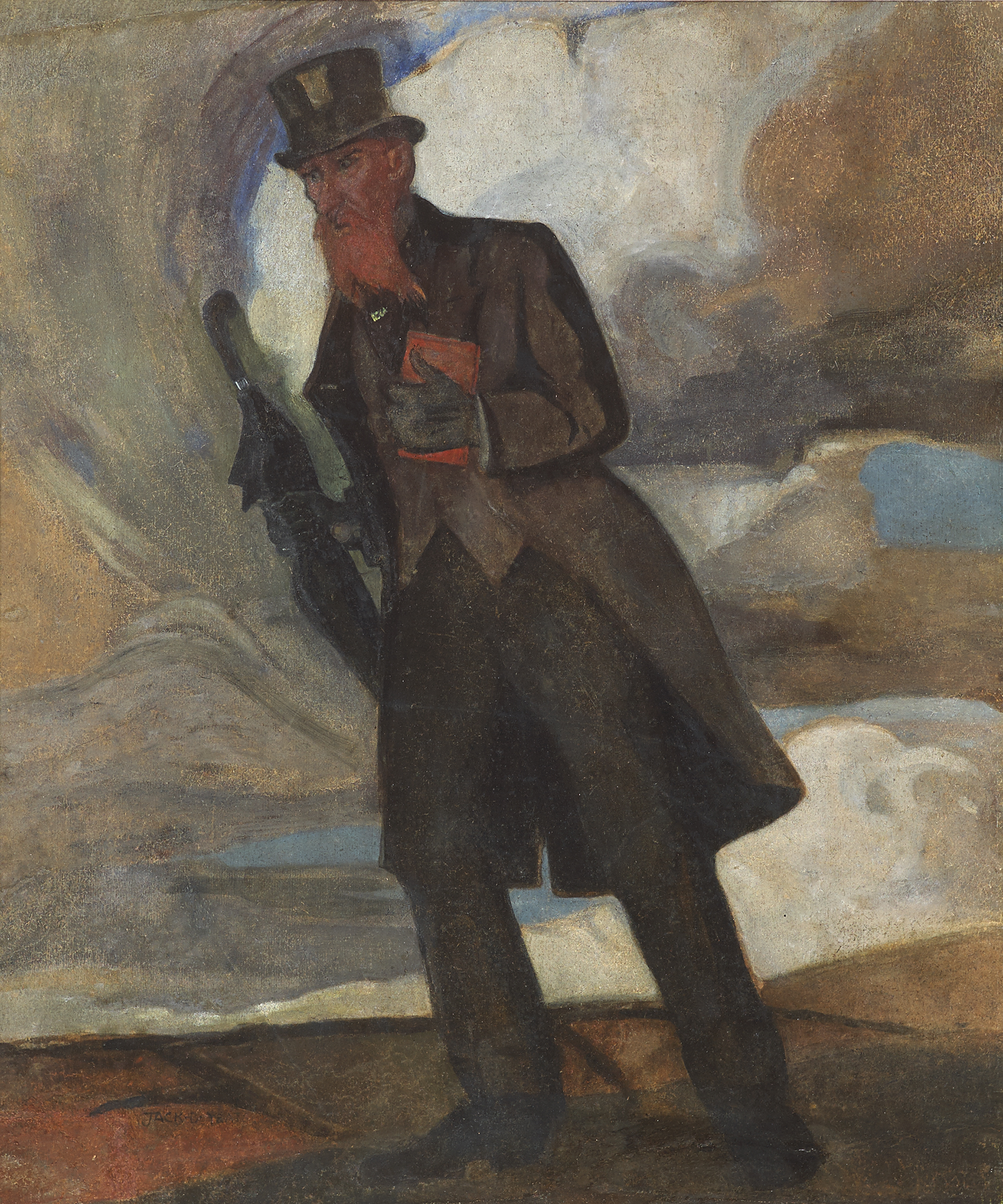 Another striking work on paper from the early 1900s can be found in Yeats’ A Professional Man, c.1905 [lot 24, €20,000-€30,000 illustrated] Yeats was fascinated by the social fabric of rural Ireland and his awareness of social class was sharpened by his travels with J.M. Synge in 1905. A splendidly coloured watercolour of a professional man in his frock coat, it is one of several paintings of different male occupations or types that Yeats produced at this time. For those with a more modest budget there are sketches by Yeats’ father John B. as well as Orpen and George Russell Æ.
ULSTER MEN ALL : DILLON, O’NEILL & MIDDLETON 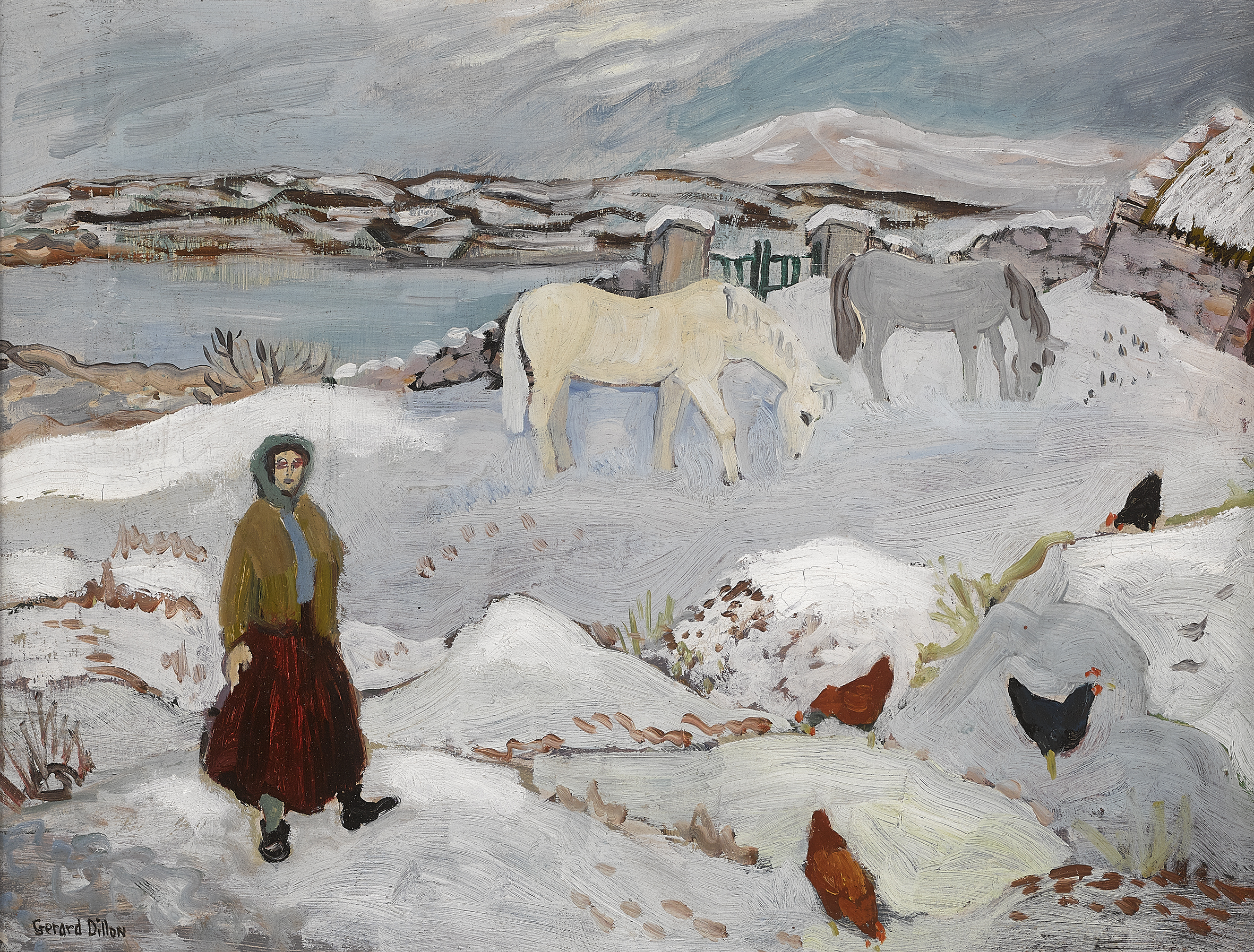 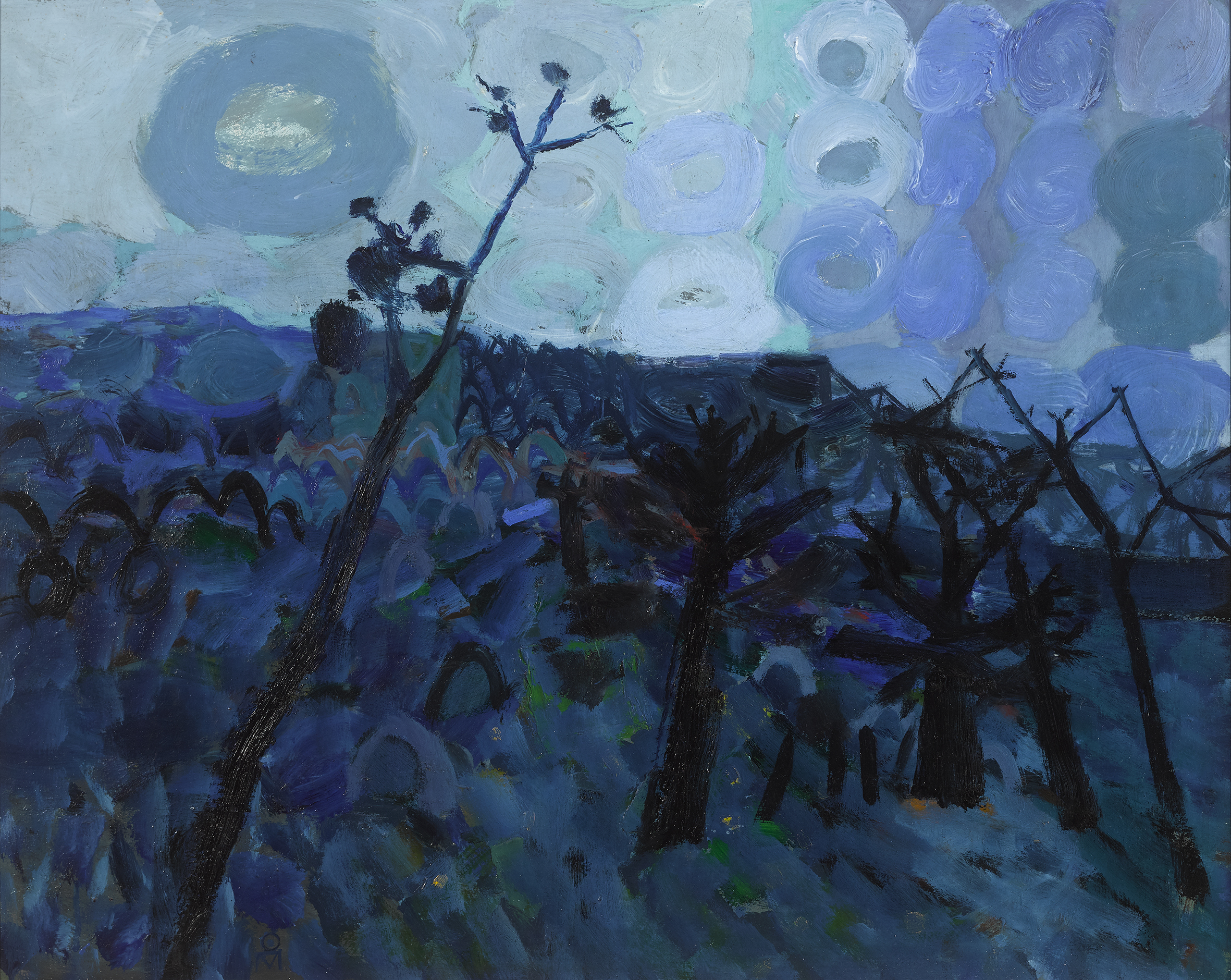 OTHERS TO WATCH OUT FOR…

A selection by Louis le Brocquy works including a portrait of James Joyce [Lot 75, €18,000-€22,000], watercolours by Percy French, a portrait of fellow artist Charles Lamb by Seán Keating, a 1930s view of Stephen’s Green by Harry Kernoff and contemporary works by Basil Blackshaw, Stephen McKenna, Margaret Corcoran and John Shinnors. Temptingly priced, the Anglo Irish Bank Collection [Lots 222-240], from their New York office, is offered on behalf of the Special Liquidator of the IBRC. The collection was acquired directly from the artists’ agents or gallerists and presents bidders with an interesting offering of mostly contemporary North American art at very affordable guides. Wonderful works from sculptors include John Behan, Conor Fallon, Niall O Neill, Melanie le Brocquy and Rory Breslin as well as unique pieces in ceramic by Graham Knuttel and a Murano glass vase after Picasso would make ideal gifts for Christmas. All the artworks are on display with full descriptions and several with insightful notes from art experts at www.whytes.ie. This fabulous auction will be on view at the RDS, Anglesea Road entrance, Ballsbridge, Saturday to Monday, 30 November to 2 December, 10am to 6pm daily; admission and parking is free. The auction will be broadcast live on the internet at bid.whytes.ie, invaluable.com, auctionzip.com, encheres.lefigaro.fr; collectors around the world can bid live from their computers, smart TV’s, mobile phones or android devices. Whyte’s are the only Irish auction house that offer this service free of extra fees.  ENDS