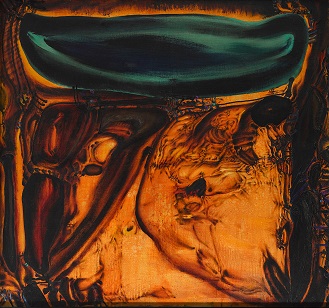 A fine start to the art auction season despite the inclement weather and the imminent threat of plague. Viewing was exceptionally strong and attendance in the room was as high as normal with over 100 present to compete with over 300 bidders on the internet, telephone, and absentees on the auctioneers book.