Strong demand continued at Whyte’s Irish & International Art auction last night. The sale attracted nearly 500 bidders. 450 were on-line and the rest were on the telephone or had left absentee bids. 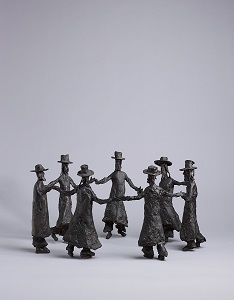